A recording of this talk is now available to view here: https://youtu.be/9e1vmljj2qc

In conjunction with the AAUW, the Friends of the Alameda Library presents a virtual discussion with Alameda author, Bronwyn Harris.

Ms. Harris will speak about Letters from the Inside: Hope Beyond the Classroom and the Cell, co-authored with “Jorge”, a former student from her East Oakland classroom.

Ms. Harris’ previous work, Literally Unbelievable: Stories from an East Oakland Classroom, was published in 2016, and has been provided to state legislators as a reference on conditions in public schools. 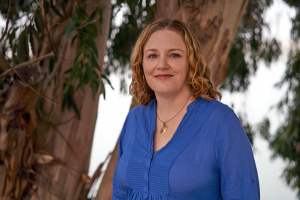 Bronwyn Harris began her teaching career in East Oakland in January 2000, teaching first-graders who had already gone through one teacher and six substitutes during that school year. In the first five minutes of teaching, one student threw a book at her head and she realized she had no set curriculum with which to teach them. In addition, she was a “roving teacher,” meaning that she moved classrooms every three weeks.

Teaching at this school did not get easier as she transitioned into teaching third grade, but the students were incredible: creative, thoughtful, loving, angry, at-risk, misunderstood, valuable, and overlooked. After eight principals in less than eight years, Harris had to face the fact that she couldn’t keep working in such an environment and left the school district, but has stayed in touch with many of her students.

Registration is required for this event, and can be done here: https://zoom.us/webinar/register/WN_BiqCBneNRjei82bH6TVxjA.

We are back this week with lots of interesting fiction titles. If you like surprises, check our popular grab bags category. You can shop online @ alamedafriends.com/shop/ ... See MoreSee Less

Share on FacebookShare on TwitterShare on Linked InShare by Email