Please note: Registration is required for this event and can be done here: https://zoom.us/webinar/register/WN_CSbnS8hDT86TAmyMxRbm2w 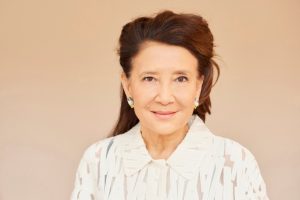 Join us on Saturday, March 6th when internationally best selling author Jung Chang will discuss her work with us. Her early book “Wild Swans: Three Daughters of China” tells the story of her own family in the tumultuous history of twentieth century China. It was a sensation all over the world. Her most recent book, “Big Sister, Little Sister, Red Sister” chronicles the three Soong sisters from Shanghai who were at the center of power and each of whom left an indelible mark on history.

Jung Chang was born in Sichuan Province, China in 1952. During the Cultural Revolution (1966-1976) she worked as a peasant, a “barefoot” doctor, a steelworker, and an electrician before becoming an English-language student at Sichuan University. She left China for Britain in 1978 and obtained a PhD in Linguistics in 1982 at the University of York – the first person from Communist China to receive a doctorate from a British University. 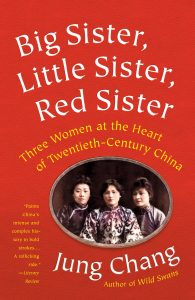 Her books have been translated into more than 40 languages and sold more than 15 million copies worldwide. She has won many awards, including The NCR Book Award (UK, 1992, the forerunner of the Samuel Johnson Prize), UK Writers’ Guild Best Non-Fiction (1992), Fawcett Society Book Award (UK, 1992), Book of the Year (UK, 1993). She has received a number of honorary doctorates from universities in the UK and USA (Buckingham, York, Warwick, Dundee, the Open University, and Bowdoin College, USA). She is an Honorary Fellow of SOAS University of London.

Bay Area folks who are interested in purchasing any of Ms. Chang’s books before this talk can order directly from Books Inc. via their website.