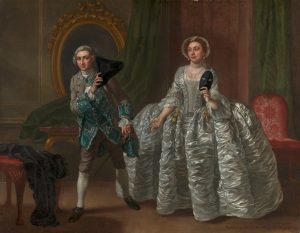 FAL will host a talk at the Main Library on March 12 featuring docents from the Legion of Honor in San Francisco discussing a new exhibit: Casanova: The Seduction of Europe. The visual presentation and talk will start at 6:30 p.m. in the Stafford Room.

The exhibit explores the eighteenth century across Europe through the eyes of one of its most colorful characters, Giacomo Casanova (1725–1798). Renowned in modern times for his amorous pursuits, Casanova lived not only in Italy but also in France and England, and his travels took him as far afield as the Ottoman Empire and to meet Catherine the Great in Saint Petersburg. Gathering together paintings, sculpture, works on paper, furnishings, porcelain, silver, and period costume, The Seduction of Europe will bring the visual wealth of Casanova’s world to life. The exhibition will be on view at the Legion of Honor Feb. 10 to May 28.