Long time library supporter Carl Halpern passed away on June 15 after many years of declining health. Carl was raised on the East coast and after graduation joined the Peace Corps and taught mathematics in Tanzania.  Upon his return he worked in VISTA national service in Portland, Oregon and 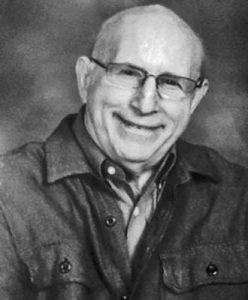 then moved to the Bay Area. He worked at the Alameda County Health Department in healthcare finance. He was an devoted father and athlete, loyal Warriors and A’s fan who loved to travel and enjoyed family camping.

But as his obituary notes “his heart and soul lay in politics” to the benefit of the Alameda Library. Carl used his skills to bring a new main library to Alameda. Honora Murphy, FAL Board member, remembers Carl traveling to Sacramento to lobby for the state library bond, a critical part of the funding for the new Alameda Library.

At a meeting at Honora’s house to regroup after previous library bond defeats three people stepped up to organize the next campaign. Carl was there with his hand up along with Marilyn Ezzy Ashcraft and Frank Matarrese. He served as treasurer for Library 2000, to raise funds to replace the Carnegie Library, though many said he was the true leader of the campaign. On working with Carl,  Frank Matarrese said: “I met Carl in the mid 90’s along the road to getting a new main library built. Quick wit, fierce dedication and always ready to march forward were Carl’s hallmarks. His example to me is indelible.”

A speaker at Carl’s remembrance noted that he was following in his mother’s footsteps in leading the library campaign: “They both opened a library to let us in.’